Select the FREE shipping on this item at checkout (so that we don't charge you extra).

NOTE: This does not increase the production speed for custom, or customized laser cut patches.

Have to admit, I didn’t fully understand what I was getting into when I clicked that shiny little “ORDER” button a few weeks ago but man, let me tell you. It was like kicking a 400cc 2-stroke from fifth gear all the way down to second while shooting a flare gun into a fireworks stand. BAM! Before I knew it there was a guy in my inbox named Evan. Evan was like the mullet rocking all American beer pong champion at a frat party chuckin out sick deals on shipping and making sure I was up to date on my patches whereabouts (Shreadsville Population: Evan) My guy Evan was double fisting sweet deals right out of the gate. So like a keg stand at a baseball game, of course I’m gonna do it. So I jumped on some super Gucci shipping. KAPOWSKI! Before I could sing the National Anthem twice, I had a PatchPanel envelope sitting in my mailbox, still hot from the assembly line. Run inside and crack that bad boy open with my Rambo KaBar survival knife and KA-KOWWW! I swear on George Washington’s soul, the spirit of a Bald Eagle and a Studded Moose emerge from the packaging and fill my man cave with the essence of fresh maple syrup and hard earned freedom. It was Ggnarly (that’s right, with two G’s). Pull it out and POW! 2 freshly cut 5x3”, IR reflective, Panels bust out like a pair of Dolly Parton’s knockers. In none other than America’s away colors. That’s right. Multicam. 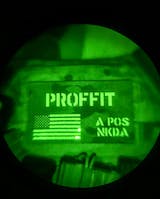 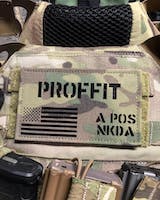